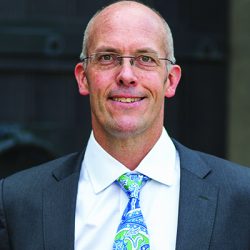 Mr. Gallaway has spent his entire career in the gaming and hospitality industry, starting as a valet attendant and eventually rising to chief operating officer and managing partner of a casino in Colorado. Prior to forming GMA, he served as senior vice president of a hospitality consulting firm where he honed his craft in the fields of gaming market assessments and feasibility analysis. During the span of his career, Steve developed hands-on experience in operations management, organizational development, project development, business development, process improvement, contract negotiations, employee development, and customer service training.

In 2005, along with Andrew Klebanow, Mr. Gallaway formed Gaming Market Advisors. In 2014 the firm was rebranded as Global Market Advisors, reflecting the company’s evolution as an international gaming, tourism and hospitality consulting firm.

Mr. Gallaway has completed over 300 feasibility studies, with a strong focus on international gaming operations and integrated resort development. Mr. Gallaway has worked on more than 60 projects in Asia, Western and Eastern Europe, the Caribbean, Central America, Canada, and Australia. His knowledge and understanding of emerging markets, particularly those in Asia, has led him to advise institutional investors on new market opportunities in that region, as well as an advisor on established markets. Today, Steve’s clients include most public gaming companies, investment banks, private developers and government institutions.

Mr. Gallaway is a visiting lecturer at the University of Nevada Reno’s School of Continuing Education where he teaches a class on casino feasibility analysis and marketing measurement. He is a periodic contributor to Global Gaming Business Magazine and Indian Gaming Magazine, and has spoken at G2E Las Vegas and the Asian Gaming Congress.

Mr. Gallaway graduated from Boston College with a B.A. in Economics.