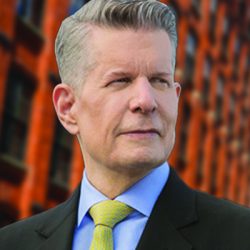 Bob Boughner brings to GMA substantial experience in the gaming and hospitality industry. Prior to joining GMA as a Senior Partner, Bob served as Executive Vice President and Chief Business Development Officer of Boyd Gaming Corporation (NYSE: BYD). While at Boyd, he served in a variety of senior executive positions, including general manager of various properties, Senior Vice President of Administration, and Chief Operating Officer. In July 1996, he was elected to the Company’s Board of Directors and remains on the board today.

In 1998, Mr. Boughner was appointed Chief Executive Officer of Borgata where he directed the design, development and operations of the $1.6 billion integrated resort in Atlantic City. The Borgata Hotel Casino and Spa and The Water Club at Borgata became one of the most successful gaming destinations in North America.

Boughner led much of Boyd’s expansion into new markets and played key roles in the acquisition of several gaming properties across the United States. He has overseen the design and development of numerous gaming, dining, nightlife and entertainment venues. Boughner also has extensive experience in various administrative disciplines including Information Technologies, Human Resources, Risk Management and Regulatory Compliance.

Bob is active in civic and industry affairs. He served two terms on the Board of Directors of the Las Vegas Convention and Visitors Authority (LVCVA). He was appointed by the Governor of New Jersey and served on the Board of the Casino Reinvestment and Development Authority. In the private sector, Boughner served for twenty years as a Director of Bank of Nevada, formerly BankWest. He currently serves on the board of Southwest Gas Corporation (NYSE:SWX).

In 2007, as a part of Boughner’s philanthropic activity, he and the Hotel College at the University of Nevada Las Vegas (UNLV) established the Bob Boughner Career Services Center at UNLV to assist students in the pursuit of employment in the hospitality, tourism and gaming industry.