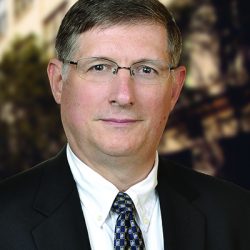 Bill Bryson has practiced law in New York and Taipei for over 25 years, and is recognized as a leading lawyer in the fields of gaming, hospitality, real estate development, mergers and acquisitions and financial transactions.

Bill has extensive experience in the representation of local and foreign hospitality industry clients in their operations and investments, both in Taiwan and throughout Asia. Bill has represented casino gaming companies, gaming machine manufacturers and consultants to the industry in Taiwan and 38 other jurisdictions on a variety of issues, including:

In connection with prior and ongoing efforts by Taiwan to legalize casino gaming, Bill has represented several gaming industry clients in connection with possible gaming development projects in Taiwan. These representations have involved due diligence on potential joint venture partners, negotiation of joint venture and deal documentation, due diligence on potential casino gaming locations, reviewing and commenting on draft laws and regulations, and preparing background materials for, and participating in, client lobbying efforts and meetings with government officials.

Bill has been acknowledged by Chambers Asia Pacific as a leading gaming lawyer in the region, and by Chambers Global as a leading lawyer in the global gaming industry. He has been a speaker at both the Asian Gaming Congress and G2E Asia, and currently serves on the Advisory Board of the Center for Research on Gaming and Lotteries, a division of the School of Business Administration at the National Taiwan University of Science and Technology.
Bill has also represented non-gaming interests in the hospitality industry, including both local hotel owners and foreign management companies. Bill’s roles in such representations have included assisting local owners in the negotiation of letters of intent, hotel operation agreements, management agreements, franchise agreements, technical services agreements, and pre-opening services agreements. He has assisted foreign management companies in similar transactions, as well as in termination scenarios (including related hand-over issues) and owner insolvency proceedings.

Along with his gaming, hospitality and transactional experience, Bill also brings with him extensive experience in public advocacy. As a member of the Government Relations Committee of the American Chamber of Commerce in Taipei, as well as his roles as Chairman of the Private Equity Committee and member of the Travel and Tourism Committee, Bill has, for the past 20 years, been a regular and central member of the Chamber’s advocacy efforts on behalf of foreign companies in Taiwan. Bill’s advocacy experience includes working with both local and US government officials on issues of importance to American companies in Taiwan, reviewing and revising draft legislation and regulations, developing advocacy strategies for both clients and industry groups, and being an editor of the Chamber’s annual Taiwan White Paper, a collection of position papers produced by the Chamber’s industry Committees. Bill’s efforts on behalf of foreign companies in Taiwan have been recognized by the American Chamber of Commerce with two Outstanding Achievement Awards.