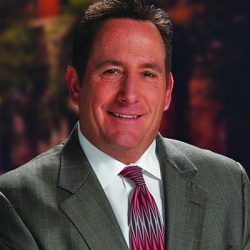 Kirk Saylor has accumulated over 25 years of gaming and casino industry experience in both finance and operations. His latest endeavor involves the development and renovation of a small casino property in Cripple Creek, Colorado. As an owner and also CFO/COO of this small casino property, Mr. Saylor is actively involved in all aspects of running the property both operationally and financially.

Prior to starting up this small casino company Mr. Saylor was actively pursuing the improvement of his golf game and bike riding skills for a period time as well as staying sharp mentally by providing consulting services to various entities and individuals. Prior to playing golf and bike riding Mr. Saylor served as Executive Vice President and Chief Operating Officer for Majestic Star Casinos from May of 2006 to August of 2008. Saylor’s overall responsibility was to oversee all aspects of the Company’s operations both day-to-day and corporate-wide expansion and growth. Mr. Saylor opened lines of communication with not only the operating properties, but the corporate team as well. He built the majority of the infrastructure necessary to effectively operate a multi jurisdictional gaming company. He also served as a Director on the company’s Board of Directors.

While at Horseshoe, Mr. Saylor was instrumental in the company’s growth, helping to increase its value ultimately to $1.45 billion. He was also responsible for securing financing of more that $1.0 billion including the successful refinancing of a significant portion of Horseshoe’s debt. As Senior VP and Chief Financial Officer, Mr. Saylor was an integral part of the executive team responsible for not only acquisitions, but the ultimate sale of the Company to Harrah’s Entertainment in 2004.

Mr. Saylor is well-experienced in dealing with the investment community, having networked with them for many years throughout his professional career. He served as Senior Vice President and Chief Financial Officer for Lone Star Casino Corp., as Corporate Controller and Chief Accounting Officer for Alliance Gaming, Inc., and as the Financial Reporting Manager for the Golden Nugget, Inc.

Mr. Saylor is a CPA and spent over six years with the public accounting firm of Laventhol & Horwath working predominantly in the gaming industry.

Mr. Saylor holds a Bachelor’s degree in Business Administration from the University of Nevada, Las Vegas. He is also a member of the American Institute of Certified Public Accountants. Mr. Saylor currently resides in Steamboat Springs, Colorado with his wife of 27 years.