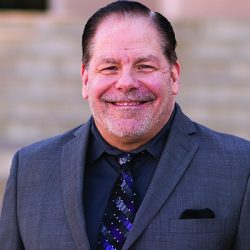 John English is the Managing Director of Sports Betting and Technology at Global Market Advisors. Mr. English specializes in global business development for the regulated gaming industry, with emphasis on technology, content, and distribution, as well as public relations and contract negotiation in regulated gaming. Mr. English’s work history contains an extensive background in gaming, including lottery, AWP, slot machines, table games, sweepstakes, systems, and race and sports betting both digital and live.

Mr. English has been involved in many successful developments in the industry. One of Mr. English’s endeavors was previously an equity partner with American Wagering Incorporated, the first company to receive Nevada Gaming Control Board approval for mobile sports betting within the state of Nevada. Mr. English also created the first betting app in the United States to be distributed from the App Store through Apple. Additionally, he created the first kiosk sports betting device (SBX) to gain regulatory approval and to be mass released. Furthermore, Mr. English created Million Dollar Ticket which was licensed by the State of Nevada for a bonus game played in restricted gaming locations.

Mr. English has developed worldwide relationships as he has spent a great deal of his career in jurisdictions such as Asia, Canada, United Kingdom, South America, and Mexico. Mr. English was instrumental in the acquisition of American Wagering by William Hill, the world’s largest bookmaker, who received Nevada Gaming Commission approval.

Mr. English joined Betfair and TVG, a London listed company in late 2013 to oversee the development of Asia and the Americas. Most recently, he was the Founder and the President of WEBE Worldwide, a global operator, developer, and distributor of sports betting, social, casino, and lottery products for the regulated gaming industry. With offices in US and China, WEBE specialized in operating land based, mobile, and online sportsbooks as well as developing new and innovative gaming content and convenience betting platforms. As President, John’s duties were to lead the company’s growth, innovations, and maintenance while WEBE sought to revolutionize industry standards.

Mr. English’s work product has been featured on television and radio numerous times as well as in hundreds of articles worldwide.